ROTTERDAM ENGLISH SPEAKING THEATRE
The Retreat (2021)
Written by Michelle Tan
​The Retreat is a whodunit, film noir style piece about a group of survivors of a shipwreck that are invited to a rehabilitation retreat, only to find themselves entangled with certain death. With nowhere to run or hide, who will make it out alive? And as the characters are killed off one by one, it begs the question.... who did it? 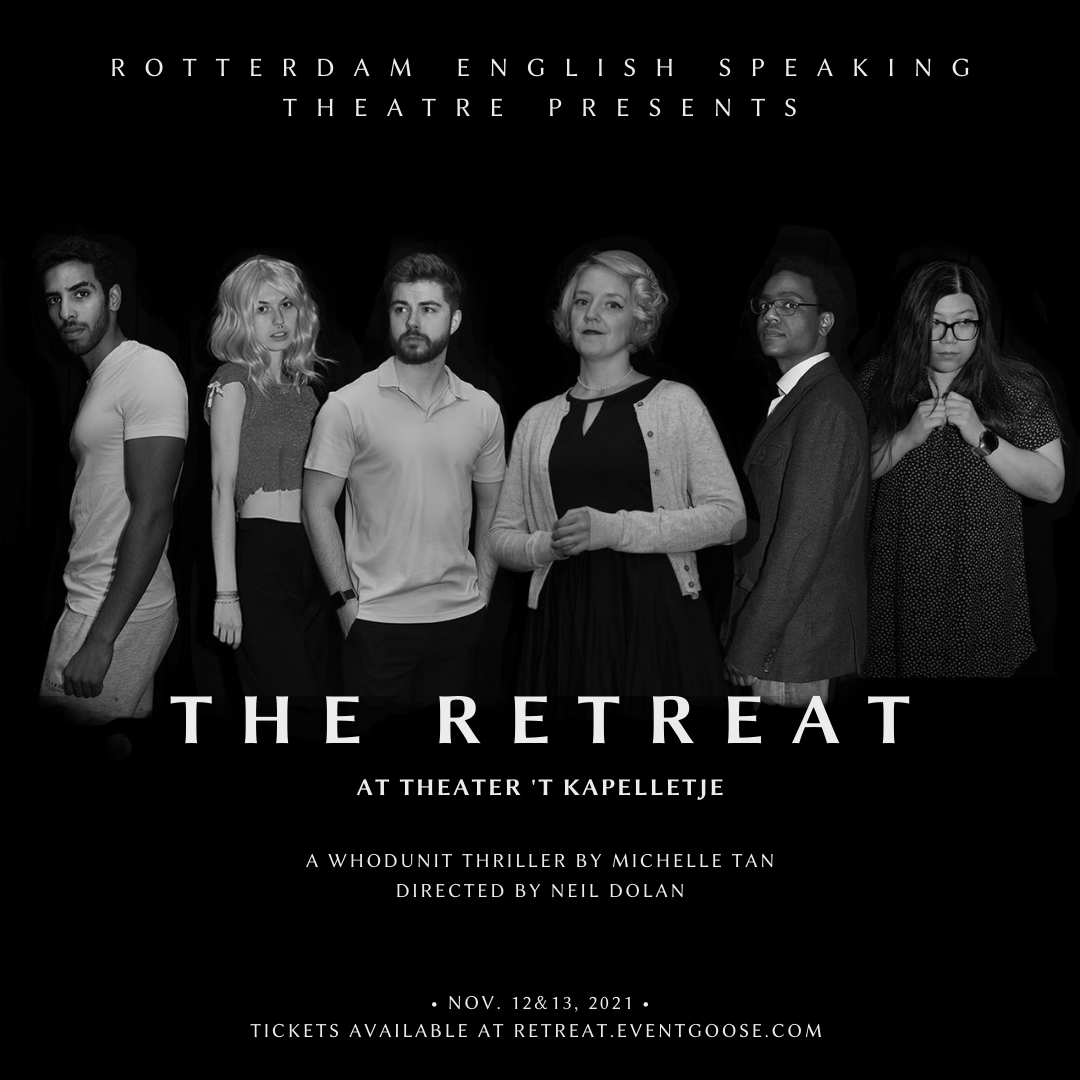 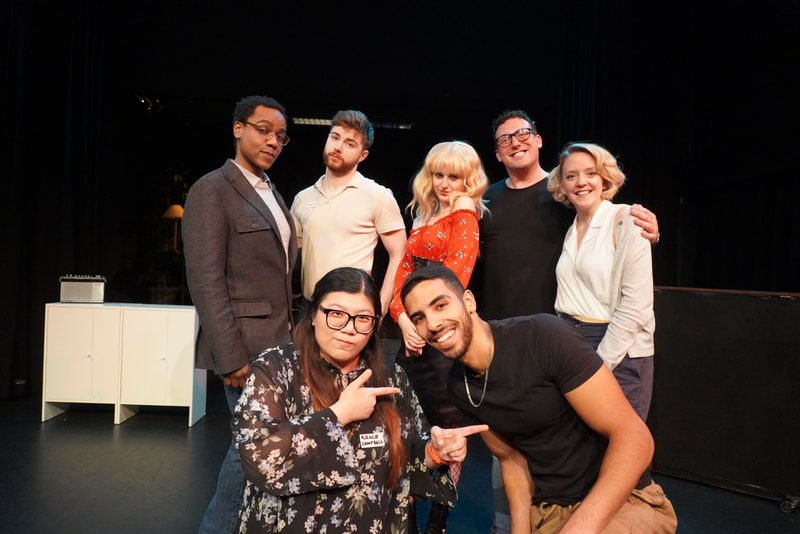 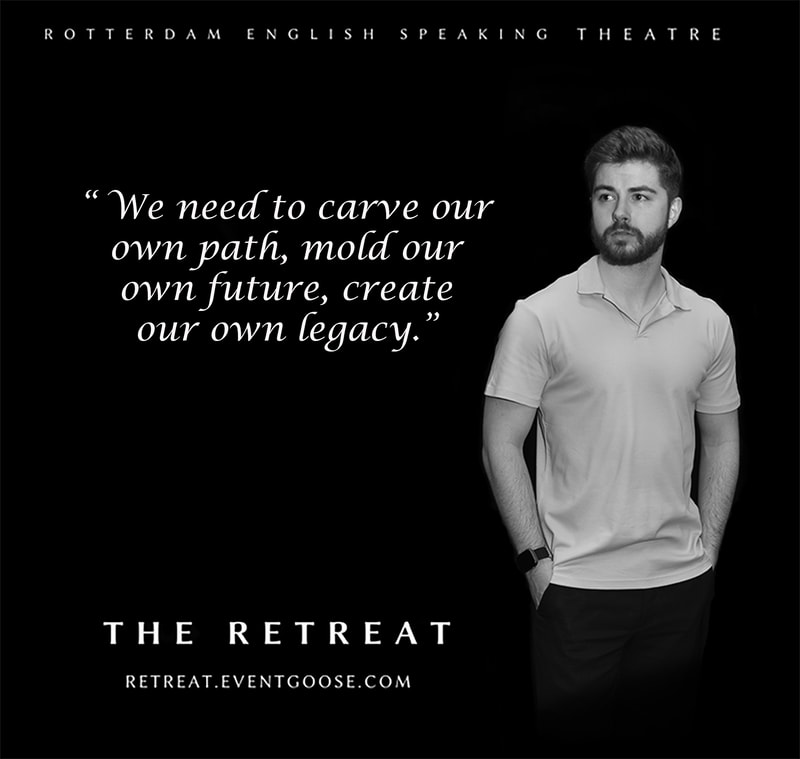 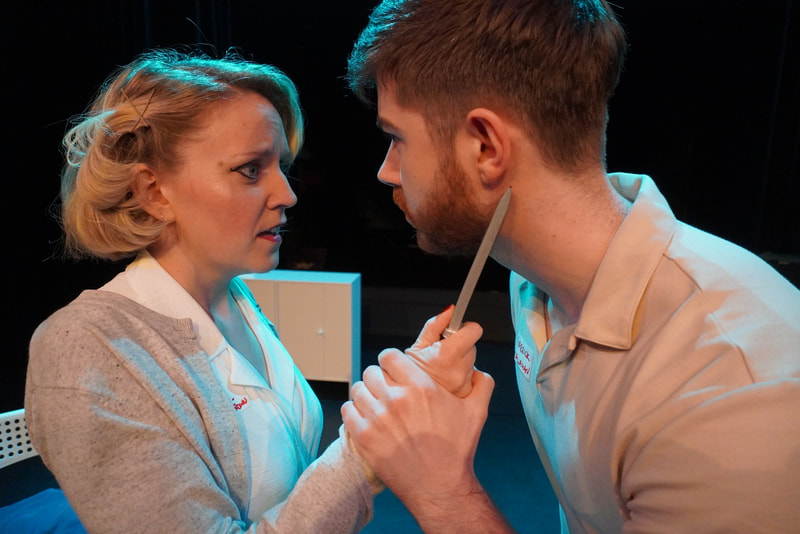 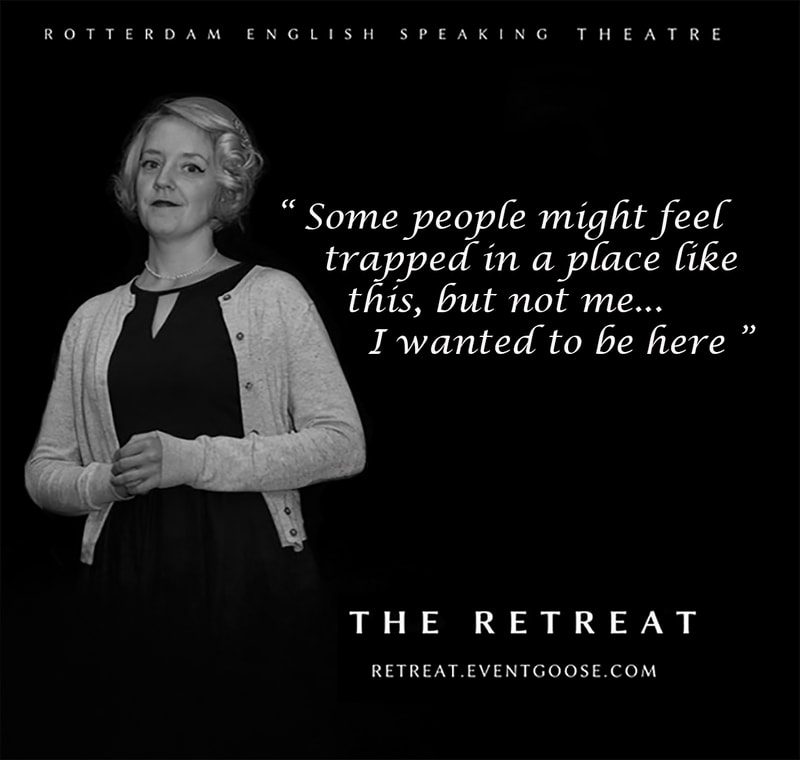 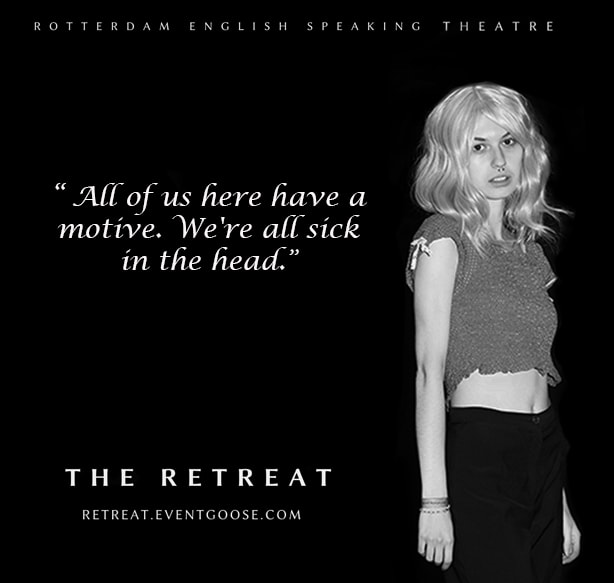 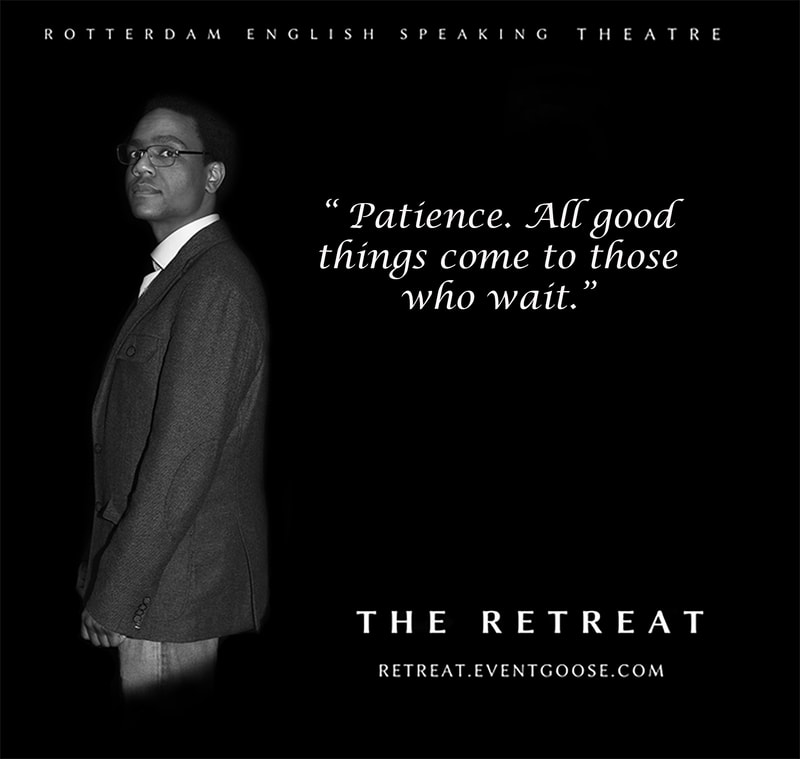 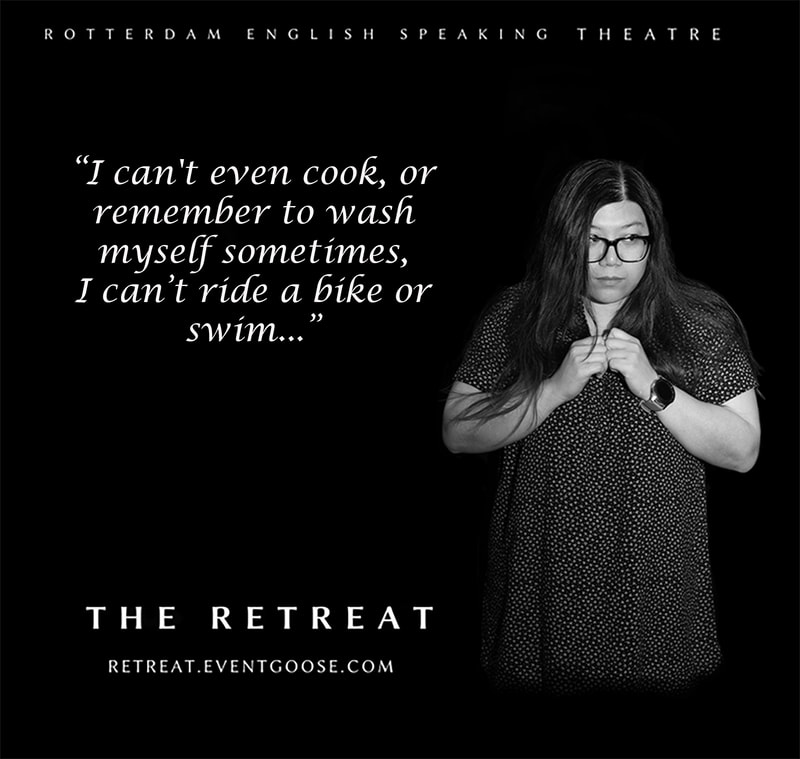 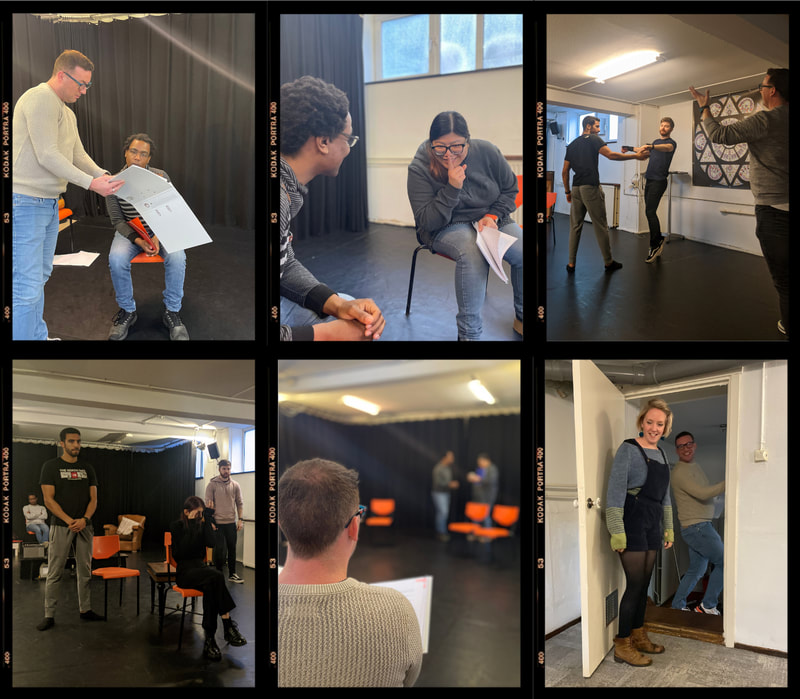 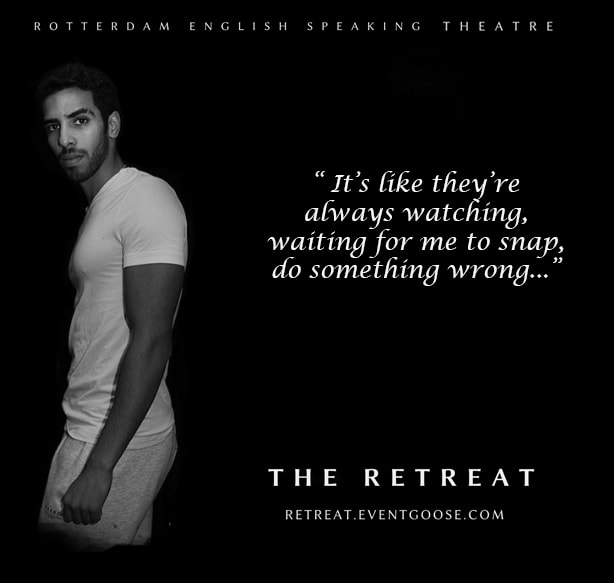 By a Thread, written by Michelle Tan, is a 15 minute short play about love, family, loss and hope.

The play was not performed before a live audience, but recorded with the timespan of one hour and edited by Theater 't Kapelletje in Rotterdam. The performance was then broadcast as part of a livestream: 'tK-digitaal.  The livestream was an initiative of Theater 't Kapelletje  - a perfect stimulus to keep those creative juices flowing despite all the corona restrictions. 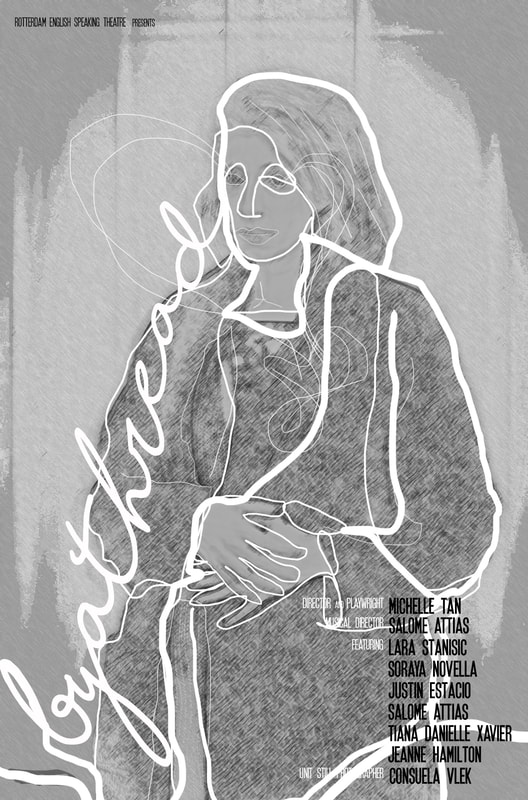 Poster designed and created by Consuela Vlek
A Night of One-Act Comedies (2019)
​
​Check please (by Jonathan Rand)
Dating can be hard. Especially when your date happens to be a raging kleptomaniac, or your grandmother’s bridge partner, or a mime. Check Please follows a series of blind dinner dates that couldn’t get any worse — until they do.
Could there possibly be a light at the end of the tunnel?

Pup’s holiday (by Dana Roskey)
A playful re-write of an eighteenth-century farce by Richard Brinsley Sheridan. Pup’s Holiday follows the deranged efforts of the flamboyant Trip, owner of a travelling cabaret, to win pretty boy Kees away from his powerful fiancée, Helga. Can he seduce the cute yet dysfunctional little pup or does Helga have right of ownership? Come one, come all and see the marvels of the cabaret!
DUETS (2017)
​Author: Peter Quilter

Ever lied on your online dating profile? Thought about making the “if we’re both still single by the time we’re 35” deal?  Had one too many cocktails with your ex? Or freaked out about saying yes to the dress?
Peter Quilter’s Duets (A Comedy in 4 Acts) is a hilarious tribute to the strength and madness of the human heart, showing us eight people struggling with the chaotic world of love, relationships, parachute dresses, goat’s cheese, and desperately remaining hopeful.​
Act 1 - Blind Date: Jonathan and Wendy are on a blind date and hoping to get it right this time even though they've never got it right before.
Act 2 - Secretarial Skills: Barrie is not really interested in women but Janet sees that as no reason to stop trying
Act 3 - The Holiday: Shelly and Bobby have decided to holiday in Spain to finalize their divorce whilst drowning in cocktails.
Act 4 - The Bride-to-Be: Angela is marrying for the third time to the dismay of her brother Toby and amidst a barrage of bad omens and a dress resembling a parachute.
​Directed by Thomas van Iersel
Cast: Jan Roel van Zuilen, Ky Ameringer, Clemens den Boer, Lenore Bell, Lara Stanisic, Matthijs van Zuilen, Jodie Mann, Egbert Langras
Performances:
PRAYING BACKWARD & PUP'S HOLIDAY (2016)
Author: Dana Roskey

Praying Backwards: It's 1994. Two men and a woman run into one another at a pizza place nearby the hospice where their sibling, lover and friend is dying of AIDS. Quickly, the pizza place turns into a battle ground for their struggles with identity, loss, and grief. Meanwhile, the cook and the waitress have their own ideas about the trio.

Pup's Holiday: A playful re-write of an eighteenth-century farce by Richard Brinsley Sheridan, Pup's Holiday follows the deranged efforts of Trip, the flamboyant owner of a traveling cabaret, to win pretty boy Kees away from his powerful fiancee, Helga. Can he seduce the dysfunctional little pup with the help of Dr. Rosy? Or does Helga finally have the right of ownership? Come one, come all, and see the marvels of the cabaret!
Performances:
DEATHTRAP (2016)
Author: Ira Levin

Seemingly comfortably ensconced in his charming Connecticut home, Sidney Bruhl, a successful writer of Broadway thrillers, is struggling to overcome a dry spell which has resulted in a string of failures and a shortage of funds. A possible break in his fortunes occurs when he receives a script from a student in the seminar he has been conducting at a nearby college—a thriller which Sidney recognizes immediately as a potential Broadway hit. Sidney's plan, which he devises with his wife's help, is to offer collaboration to the student, an idea which the younger man quickly accepts. Thereafter suspense mounts steadily as the plot begins to twist and turn with devilish cleverness, and with such an abundance of thrills and laughter, that audiences will be held enthralled until the final, startling moments of the play.
​
REST performed Deathtrap in Rotterdam in March 2016, in Amsterdam (Mike's Badhuistheater) in April ... and since it was such a smash hit (psychos and psychics - who'd want to miss that?), we did one more performance in November 2016 for those poor souls who weren't able to get a ticket in time in March!
Directed by Yareth Habermehl
Cast: Jan Roel van Zuilen (Sidney Bruhl), Claire Wolff (Myra Bruhl), Matthijs van Zuilen (Clifford Anderson), Lara Stanisic (Helga ten Dorp), Anastasia Vantaraki (Portia Milgrim)
Performances:
THE SCOTTISH PLAY (2014)
Author: Lee Blessing

The time-entrenched curse of Shakespeare's "Macbeth" serves as thematic undercurrent for Lee Blessing's highly theatrical and comedic exploration of the nature of ambition. Blessing parallels the moral descent of the Bard's title character with that of small-time regional theater director and recovering alcoholic Jack Bonner.
​
In 2014 REST teamed up with a new director and took on "The Scottish Play" - no, not the play that must not be named, but a play about a group of actors that are about to stage the bard's ....scottish play.  Someone must have said the cursed name during one of the performances (probably one of the witches....) - and disaster struck! One of the leads ran full on into a ladder during a sword fight....but he bravely continued, true to the REST spirit! Scenes from this performance can also be seen in the video on the 'ABOUT' page (from the performance at Mike's Badhuistheater in Amsterdam)!
Directed by Dana Roskey
Cast: Jamie Elly, Matthijs van Zuilen, Egbert Langras, Yelda van Eijk, Mir Mubashir Khalid, Lisette Heijma, Lara Stanisic, Claire Wolff, Jan Roel van Zuilen
Performances:
THE MOUSETRAP (2013)
Author: Agatha Christie

The scene is set when a group of people gathered in a country house cut off by the snow discover, to their horror, that there is a murderer in their midst. Who can it be? One by one the suspicious characters reveal their sordid pasts until at the last, nerve-shredding moment the identity and the motive are finally revealed. 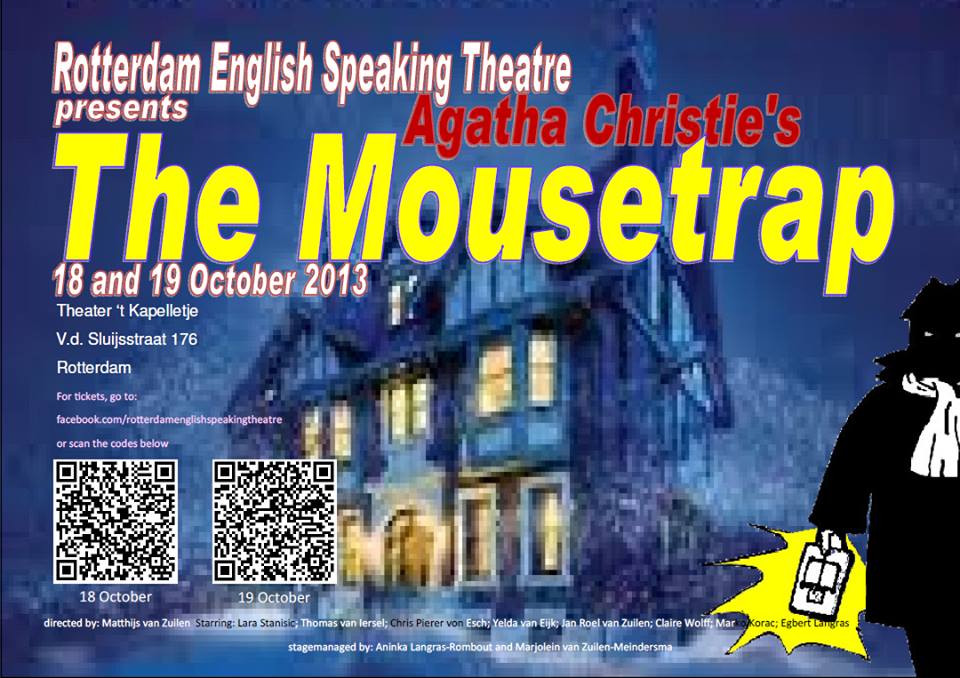